What Is the Best Blender for Juicing Vegetables and Fruit? 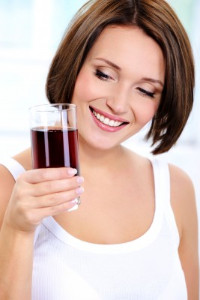 Choosing the best blender for juicing is not easy. The idea behind juicing is to liquify fruit and vegetables while retaining as many wonderful nutrients, vitamins and minerals as possible. You reap the wonderful rewards of multiple servings of fruit and vegetables without having to eat a boatload of them. Juicing machines were developed in the first place because juicing with a blender usually does not work that well. With a spinning blade at the bottom of a long, deep jar, the blending and mixing process which works great for so many kitchen jobs is just not efficient enough for extracting juice from vegetables, fruit and leafy greens.

Actually eating and digesting 2 apples, 5 carrots, a bunch of Kale, a head of Romaine, 5 stalks of celery and a thumb-sized piece of ginger root is virtually impossible at one sitting: it is tough to eat that much food in one day, much less all at once! Juicing delivers the same positive health rewards you would get if you ate all of those healthy foods. All you have to do is drink a glass of juice. But for versatility in the kitchen, the following machines are recommended if juicing with a blender is your goal. 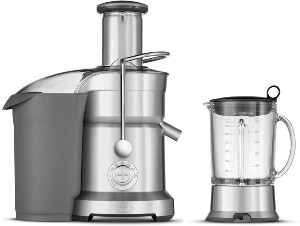 The Breville name really became globally known in 2010. That is when Australian businessman Joe Cross toured the United States, drinking nothing but freshly made juice for 60 straight days. He used a Breville juicer during the making of the incredible “Fat Sick and Nearly Dead” movie (highly recommended by the way, if you want to know more about the remarkably healthy powers of juicing).

The Breville BJB840XL can be considered one of the best blenders for juicing. It has a large 3″ food chute, interchangeable juicing and blending attachments, and powerful 1,000 watt juicing motor. 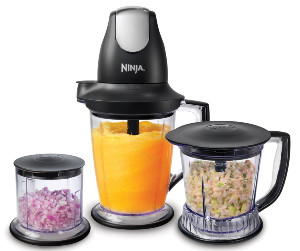 The Ninja lineup has sold tens of millions on TV and the Internet. Highlights include incredibly low-cost, ease of use and speed. 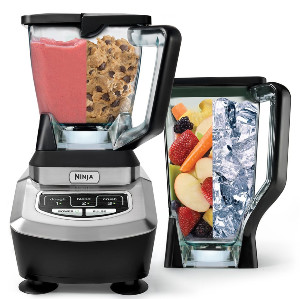 Best Blender for Juicing – What You Need to Know

It really depends on your goals. If you are going to be fixing a lot of single servings and love a fast and simple solution, choose the Ninja Master Prep Professional (QB1004). Opt for the Ninja Kitchen System 1200 (BL700) or Breville BJB840XL Juice and Blend Dual-Purpose Juicer and Blender if you are going to be handling a lot of other blending and mixing jobs in the kitchen, and prefer a larger capacity machine.

But remember, juicing with a blender that was designed for mixing and blending will never deliver the yield that a true juicing machine does.