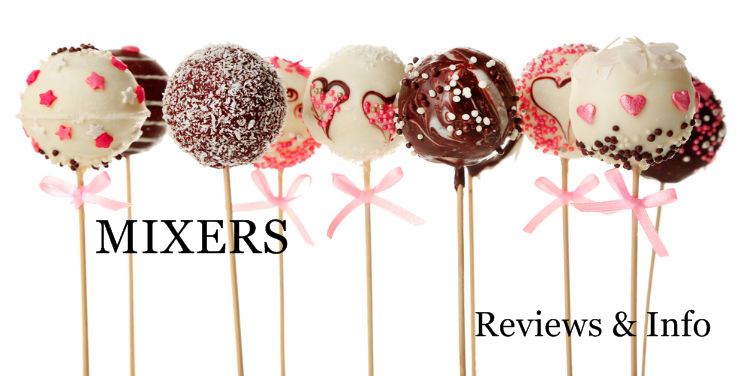 Kitchen mixers are among the most popular small appliances, and for good reasons. From the original hand-cranked egg beater to the modern electric mixer, there is a world of difference not only in terms of appearance but also functionality.

While it’s true that today’s hand mixers now do a lot more than beat eggs, stand mixers have sustained a truly spectacular evolution. These are home cooks’ true enablers. A simple change of hook or paddle, and repetitive tasks like stirring, whisking, whipping, blending, beating and even kneading are automatically dispatched.

Just remember to remain cool and collected while graciously accepting kudos for the amazing fare. Your guests may suspect the truth, but they’ll never know for sure… 😉

Best Hand Mixer for Your Needs

With regards to hand mixer popularity, one company stands head and shoulders above the competition. Two of its models in particular have gained particularly strong support. While both sport a Soft Start feature – a must in order to avoid starting a baking session with a shower of soft ingredients sprayed all over your kitchen-, the Cordless feature of their other mixer is clearly dear to some bakers’ heart.[…]

This new line of Cuisinart mixers has seen a redesign: more rounded edges have brought them closer to their KitchenAid counterparts.

The attachment power outlets have also been re-engineered: gone are the top units to make place for a single attachment port located at the front of the mixer, hidden behind the logo for a very sleek look.

Which Is The Best KitchenAid Mixer For Me?

How do I know which is the best KitchenAid mixer for me? That’s a question I hear a lot, and it’s no wonder people are confused. At last count, there were over a dozen impressive KitchenAid mixer models to choose from, distributed across three series: the Classic, the Artisan and the Professional.

But there’s more. Each mixer series sports varying features to suit a specific range of cooking requirements perfectly. To make matters worse, each model comes in its own array of colors.[…]

Compared to their other mixers, some would say that the KitchenAid Classic stand mixer looks rather dull. But does that make it the runt of the litter – or is it more like a basic Rolls-Royce?

Peek under the hood and find out what makes one happy customer wax poetic over her Classic, comparing it to this icon of automobiles…[…]

My dog and my KitchenAid Artisan mixer. Those are the two things I would run for if the house burst up in flames. Truth be told, I fell in love with the little rascal for its looks. It would appear I’m not the only one.

Retro is not usually my style, but the Artisan’s flawless design is a wonder to behold, so much so that it has become an icon of design. By the time I realized that he had turned into my favorite sous-chef, it was too late – he’d made himself indispensable![…]

KitchenAid Professional mixers made quite the statement when the Professional 6™ stand mixer with bowl-lift mechanism was first introduced in 2000. Since then, multiple series have been created to address the varying needs of home cooks.

KitchenAid responded to America’s quickly increasing pace of living by providing tools that improved on efficiency. Who had time to spend all day cooking, each and every day? But do these Professional mixers really measure up?[…]

One look at a KitchenAid Professional 600 stand mixer, and it’s hard not to be impressed. While its stature and elegance command attention, it’s equally obvious that this Pro means business.

I must admit, it does give my beloved Artisan a run for its money… but are KitchenAid Professional 600s all show and no substance? Let’s take a closer look and see if there actually is a BEAST hiding under all that veneer.[…]

KitchenAid mixer bowls are one of the most important features when it comes to purchasing one of those seductive mixers. It’s so easy to be spellbound by these beauties and forget all about your own practical baking needs.

But capacity dictates the amount you can mix in one go. Whatever your needs may be, KitchenAid has got you covered. Their stand mixers come in various models, offering a range of bowl sizes starting from 3.5 quarts’ capacity up to 8 quarts.[…]

Is it just me, or does the SM-55 Cuisinart stand mixer look like a sewing machine? Maybe I love my Artisan’s retro look so much that I can’t see beyond it. On the other hand, rabid fans don’t seem to care one way or the other about its appearance.

With its sleek design and clean lines, the Cuisinart 5.5 quart stand mixer seems to vie for attention, and what better way to get just that than make yourself the hub of activity in the kitchen?[…]