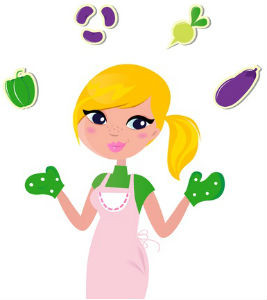 Have you ever wondered exactly which product would win in a food processor vs blender showdown?

It usually depends on what you are trying to make, because they generally are used for different jobs. You will even find some companies make a blender food processor combo.

For instance, there are several Cuisinart blender food processor models which deliver the best of both worlds so you don’t have to buy two separate machines.

Getting back to the original argument, what are the points to remember when you are matching the versatility of a food processor vs blender simplicity? You need to know the similarities and differences between those two helpful kitchen appliances, so let’s take a closer look.

Both of these machines have fast-moving blades that save you time in the kitchen. They can both mix soft foods rather well.

You can purchase large capacity sizes of both food processors and blenders, and most have multiple speeds. They are both usually cylindrical in size, powered by an electrical cord, and are made for countertop or tabletop operation.

Most blenders are ready to go. You plug them in, drop in your food or liquids, click a button and you are up and running. Because of the more versatile operations they perform, food processors generally take a lot of more time to use and clean and blenders. 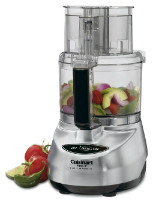 As far as versatility goes, the food processor versus blender showdown has a clear winner. Food processors can slice and dice, mix and shred, chop and grate all kinds of foods and vegetables. Blenders, for the most part, are made for quickly processing only soft foods and liquids.

So, in the food processor vs blender battle, which should you choose? Both, if you can afford them and have plenty of space in the kitchen. Another option would be a Cuisinart blender food processor combo, or perhaps you could add one of two KitchenAid mixer food processor attachments to that wonderful mixer if you happen to have one lying around. Just remember that a blender predominantly mixes liquids and soft foods, while a food processor can grate, chop, slice, shred and mix either soft or hard foods.