Why Is Valentine’s Day Celebrated? 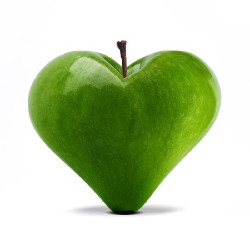 Although observed throughout the world nowadays, most people are still wondering: why is Valentine’s Day celebrated? Where and how did the custom originate?

Once upon a time, there was a Roman emperor called Claudius II who found himself facing a nagging problem: men refused to be recruited into his army as they feared getting dispatched to far off lands. They simply dreaded being separated from their wives and families.

Undaunted, Claudius outlawed marriage for young men, creating for himself a pool of young, willing and able recruits with nothing to lose.

This did not sit well with young men who were in love. Fortunately, a humble priest called Valentine was sympathetic to their cause and agreed to perform the marriage sacraments in secret.

Valentine was a Catholic priest who lived in Rome during the 3rd century. Found out and arrested by Claudius, Valentine was thrown in prison and sentenced to death. A sympathetic prison guard allowed his young daughter to visit the unfortunate Valentine. The two became fast friends.

Just before being executed on February 14th 270 A.D., legend has it that Valentine presented this young lady with a letter signed “from your Valentine”. A simple greeting still celebrated as Valentine’s Day.

In 496 A.D., Pope Gelasius I declared the date of his death St Valentine’s Day, a day to express sentiments of love and romance, celebrating the power of the spirit over the material world. By the Middle Ages, St Valentine’s Day had become one of the most popular European celebrations of the year. While imprisoned in the Tower of London in 1415, Charles, Duke of Orleans, sent his wife a card on that fated date – a practice that still carries through to this day.

All over Europe, enthusiastic lovers devised various gifts and practices to express their devotion to their lovers on Valentine’s Day. In Wales, wooden spoons were carved with hearts and keys to show how the recipient could unlock their heart. Men offered gifts of clothing to their loved ones. When the woman accepted, they were then betrothed. And you thought choosing flowers was hard…

Nowadays, Valentine’s Day is recognized as the romantic holiday of the year, invoking the color red together with heart, cupid and dove motifs. But with cardiac disease becoming more prevalent as our lifestyles continue to deteriorate, heart health is becoming more closely associated as well.

Traditional Valentine’s gifts like flowers, chocolate and jewelry are always welcome, but how about thinking outside the box (pun intended)? Based on your loved one’s interests, maybe tickets to a special performance, a leather-bound journal, or perhaps dancing lessons might strike a chord.

For someone interested in cooking, how about a cooking class? From a short course on breadmaking to a weekend bed-and breakfast getaway visiting local vineyards, or even a trip to Italy learning the fine art of regional cooking.